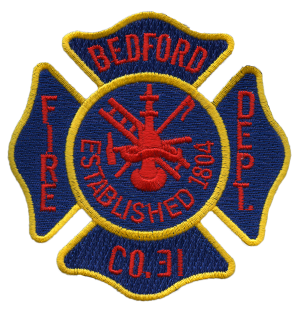 James K. Russell passed away on Monday, April 11, 2022 at Homewood at Spring House Estates in Everett at age 98.  Jim was born on February 21, 1924, the son of the late Ruth and Arthur Russell of Bedford.  He is survived by his son J. Frank Russell (wife Linda) of Stockbridge, Massachusetts, granddaughter Kimberly Russell (fiancé Will Cha) of Hanover, New Hampshire and grandson James Russell (wife Brittany) of New Canaan, Connecticut.  He is also survived by sister Anna Belle Thomas of San Diego, California and seventeen nieces and nephews.  He is predeceased by siblings Mary Blackburn, Allen Russell, John Russell, and Beverly Creelman.  His wife Betty Manspeaker Russell passed away in 2021.

After high school graduation in 1942, Jim joined the US Army and eventually became a platoon sergeant in the 100th Infantry Division. He was deployed in southern France in 1944 then fought into Germany in early 1945.  During his wartime movements, he survived stepping on a German mine, which fortunately failed to explode, and was nearly run over by a German tank while in a foxhole.  Near the end of the European theater of the war in April 1945, Jim was offered an officer commission as a Lieutenant.  However, his pre-commissioning physical exam revealed jaundice and he was immediately sent to an army hospital in France, then a hospital ship home to the US, and finally more hospital treatment stateside before being released and honorably discharged in November 1945.

Following his military service, Jim attended Pennsylvania State University in State College, majoring in Business Administration, and became a member of the Penn State Blue Band and TKE fraternity.   He graduated in 1948 and then he joined Blackburn Russell Co. of Bedford.  Shortly thereafter, he reunited with his high school classmate Betty Manspeaker, who was home from her work at drug company Merck & Co. in New Jersey.  Romance blossomed and the two were married at the Reformed Church in Bedford in 1949.  In 1952, their son Frank was born and three years later they built a house on South Thomas Street in Bedford where they lived for over 50 years.  Jim and his brother John eventually bought out their father’s interest in Blackburn Russell Co. and they managed that business through their retirements with partners and friends Bob and Jack Blackburn.

Jim was very involved in the town of Bedford, becoming a member of the town water authority.  However, he always said that he was most proud of his service as a volunteer fireman in town, becoming President of the Bedford Fire Department in the early 1950’s.  He remained on the roster of the fire department until his passing and served for nearly 75 years.

Jim was an active golfer, bowler, bridge player and Penn State football fan.  He had PSU football season tickets and he and Betty spent many a happy fall Saturday with friends in State College.  He was a long time and active member of the Bedford Presbyterian Church and sang in the church choir with his wife for many years.  In the early 1990’s, Jim and Betty bought a small home in Largo, Florida and they began to spend the winter months in that sunny and warm climate.

He was a great and supportive father to his son growing up.  Jim and Betty happily and often visited their son and his family in New York, Connecticut, Massachusetts, and even London, England when Frank lived there.

Jim Russell was a great husband, father, and grandfather to his family.  He will be missed.

A memorial service will be announced at a later date.  Those wishing can make memorial donations in Jim’s name to the Bedford Fire Dept. 248 West Penn Street, Bedford, PA 15522 or Bedford Presbyterian Church, P.O. Box 7, Bedford, PA 15522. Arrangements by the Timothy A. Berkebile Funeral Home in Bedford.  Our online guest book is available at www.berkebilefuneralhome.com.