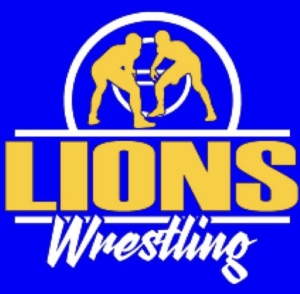 Beloved father, educator, and wrestling coach, James Benjamin Clark was called to his heavenly home in the early hours of November 26, 2022. He passed away in the Sarasota Florida Memorial Hospital following a brief battle with leukemia while surrounded by his loving family.

Jim leaves behind three grandchildren who adored him, Ella Rose Clark, Evie Violet Clark and Atlas James Zitzelberger. Additionally, he is survived by his last remaining uncle, Maynard Clark (Nancy) of Apollo Beach, Florida, and a treasured cousin and friend, Don Clark (Maaike) of Sarasota, Florida. He holds a special place in the hearts of numerous nieces, nephews and cousins with whom he had a life-long bond.

A 1972 graduate of Bedford High School, lettering in both wrestling and football, Jim participated in wrestling at Penn State, at both the Altoona Campus and State College. He graduated from Penn State University earning a Bachelor of Education in 1976. He continued his education at Frostburg University, Maryland and was employed by Everett Area School District as an assistant wrestling coach in 1976. The following year he was hired by the Chestnut Ridge School District as a health and physical education teacher and wrestling coach. Hard work coupled with his gift to mentor young men in the wrestling room allowed many victories to follow.

During his tenure at Chestnut Ridge, Coach Clark, amassed 342 wins which is a record for Bedford County and District-5. He mentored 56 District-5 Champions, 40 Southwest Regional place winners, six regional champions, 30 PIAA qualifiers and nine state medal winners, including the school’s first PIAA state champion, Gary Pfahler, in 2008. Jim retired that year and joined his father, Eddie Clark as an inductee into the Pennsylvania Wrestling Coaches Association Hall of Fame. Jim enjoyed extending his involvement in wrestling by serving on the Pennsylvania Wrestling Coaches Association Executive Committee and as a PIAA wrestling official.

The devotion and dedication Jim put into his work was just as evident in his relationships. He was a loyal and dependable friend to many. In retirement to Sarasota, he found some time to enjoy his other passions; building, painting, listening to music and deep-sea fishing. He also loved spending time and dancing with his partner Colleen. Jim left improvement in his wake and took great pride in helping others. His positive attitude and zest for life was contagious. He lived life to its fullest and was guided by God’s word and strong faith, even in the face of death. Beyond his coaching achievements, Jim’s love and support for his children and grandchildren will be his legacy. We take great comfort in knowing he is with our Blessed Redeemer.

Funeral services will be held on Monday, December 5, 2022 at 12:00 p.m., in the Chapel at the Timothy A. Berkebile Funeral Home, in Bedford, with Pastor Jim Neatrour officiating.  Burial at Schellsburg Cemetery.  Friends will be received on Sunday, from 2-6 p.m., at the funeral home, and one hour prior to the service on Monday.  In lieu of flowers contributions may be made to: CR Mat Club, c/o Marci Burkett, 185 Wentz Road, New Paris, PA 15554.  Our online guestbook is available at www.berkebilefuneralhome.com.

To send flowers to the family, please visit our floral store.